Be the first to review this product
$42.00
In stock
SKU
SKJ Wholefzn
per 7 kg
Add to Wish List

Please note these Skipjack Tuna are approximately 7kg+ each and price is per 7kg. 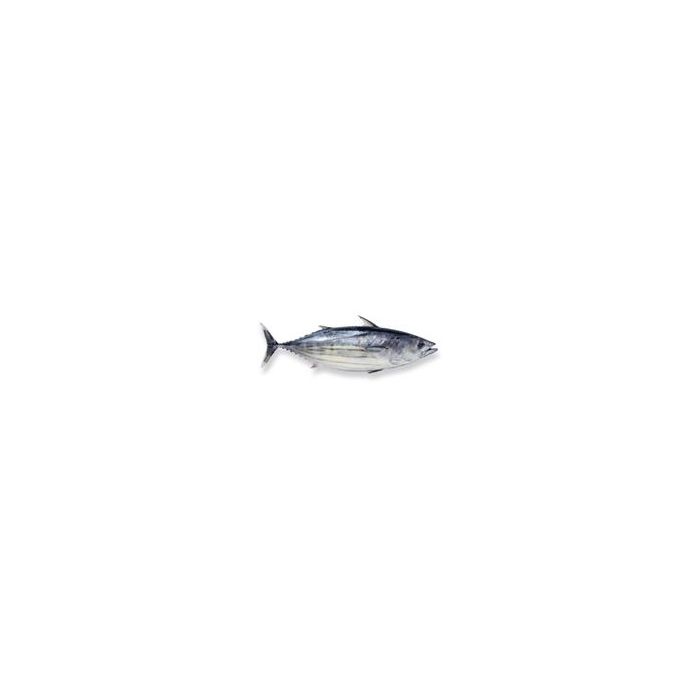 Member of the Scombridge family (mackerels and Tuna)

Skipjack Tuna are typically a schooling species, with juveniles and adults forming large schools at or near the surface in tropical and warm-temperate waters to at least 40° >

The western and central Pacific Ocean supports the largest tuna fishery in the world by volume. A large portion of this catch comes from purse seine fisheries for Skipjack Tuna.

Skipjack movement is variable but is thought to be influenced by large-scale oceanographic conditions. Individual tagged Skipjack Tuna have shown movements of over several thousand nautical miles but also exhibit periods of residence around islands in the central and western Pacific. They migrate to warmer waters for the winter months. Spawning occurs year-round in tropical waters.

Based in the Western and Central Pacific for most of the year and returning to New Zealand during the summer months, th

Skipjack Tuna are torpedo shaped and have a dark purple ridge on their back; a bluish sheen on the upper sides and silver white lower sides and belly with four to six dark longitudinal stripes.

Preparation: Cook whole or sear steaks on a BBQ or in a hot pan.

Shelf life: Best consumed on arrival or within 3 days from receiving product.

Fish for your health: White fleshed fish is traditionally high in protein and low in fat. However, all fish provide an excellent source of Omega 3, an essential fatty acid which helps in lowering blood cholesterol and maintaining a healthy circulatory system.

Suggested wines: A light red or strong dry southern French or Spanish Rosé is perfect with seared tuna or a light red (citrus will accentuate its fruitiness) or even a fruity white wine such as a Semillon-Sauvignon blend, an oaked Sauvignon Blanc or a dry Riesling.